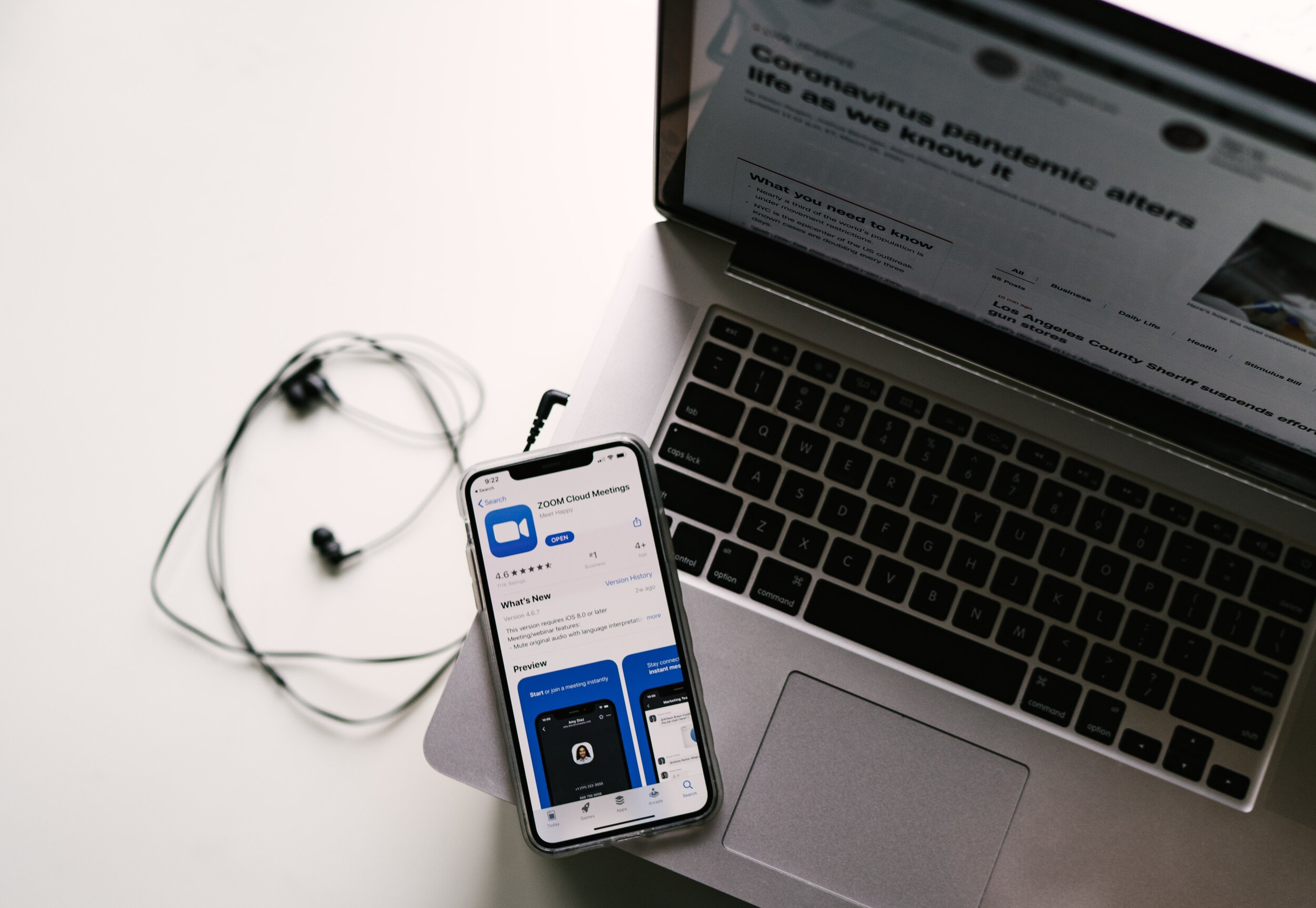 We’ve all got pretty used to virtual meetings recently – whether for work, social or to catch up with family. For many people, they began as a bit of a novelty (‘Hi Mum. No, point the screen at you, not the ceiling…’).

But with three months of staying home behind us, the novelty is starting to wear off, and although we mostly need to carry on doing online meetings for now, we’re definitely seeing people dividing into love it and loathe it camps.

So why are virtual meetings a bit ‘marmite’?

Let’s start by looking at the pros and cons of virtual meetings.

In favour of virtual meetings:

Plus, with everyone working remotely, no-one can get dragged into those meetings that you just HAVE to go to. You know the ones. It’s just not an option.

Plus, there are a load of new considerations:

1. Why do we get Zoom fatigue?

One of the big reasons people don’t like virtual meetings is that they’re more tiring, and it’s all to do with non-verbal communication.

The reasons why we find them tiring are interesting, so let’s look at that in more detail.

1.     Why non-verbal communication is so important

When we communicate, our words are only a small percentage our actual message.

Our pitch/tone of voice, tempo and the pauses between words say a lot more than our words on their own. On top of that gestures, posture and expressions give a variety of subtle signals.

The most cited study on the importance of verbal and nonverbal messages was conducted by Professor Albert Mehrabian.

His studies suggested that we largely decide our feelings, attitudes, and beliefs about what someone says not by the actual words spoken, but by the speaker’s body language and tone of voice. He concluded that the words we say only make up 7% of the message, tone of voice followed with 38%, and body language was the main component making up the other 55%.

So if 93% of our face to face communication is non-verbal, then replacing almost all of it with an alternative will remove a large amount of secondary information that we subconsciously depend on. These details are important, so we have to concentrate more, leading to Zoom fatigue.

An important, but often overlooked, aspect of body language that we miss when not physically together is eye contact.

A drawback to current computer equipment is the placement of the webcam being on the edge of the screen. Whilst we are looking at each other, we are actually looking at an image of each other not at each other directly. The person you are talking to seems to not be looking at you and to be paying attention elsewhere. Until computer designers are able to put the camera in the centre of the screen, the temptation to look at the image of the person you are talking to, rather than the camera lens, is hard to overcome.

A 2020 Study run by Hannah Nardini at WKSpace: ‘Workers & Workplace post Covid-19’ found that zoom fatigue is becoming a thing, and 51% of people now prefer not to have the camera off during their meetings.

Banter is often used to help the flow in a conversation between colleagues, and body language will provide the context in which it is meant. Whether a comment is meant to be humorous, aggressive, or even intimate is often conveyed by the body language, even though the words themselves do not convey that message on their own.

The danger comes when the body language is excluded.

The ‘casual’ can accidentally slip into the inappropriate or offensive when the non-verbal warning signs are not present to help avoid such misunderstandings, potentially leading to alienation.

The way we stand and move has a big effect on our communication and reception. We all fidget, and we all have ‘tells’ that say a lot about us and what we are trying to communicate.

When we talk face to face, and can be seen with gestures and all, we might convey one message.

But our words alone, without the gestures, can convey a different message altogether. And these gestures don’t fully translate to video. Typically, people are seated, and the camera frames them with only their shoulders and head. This means that any hand gestures that would go some way to helping the message come across won’t be seen without a conscious effort to bring them to screen.

The possibility of a call ending with both people certain that they understand a shared message but in fact having different takeaways is high.

The effect is heightened further if we wear bulky headsets, which can distort the view of the face.

All of these factors add up to making virtual meetings more tiring, as we’re having to concentrate more and work hard to make up for the missing cues.

Avoiding the pitfalls of virtual meetings

The barriers to non-verbal communication go some way towards explaining why we find virtual meetings difficult.

But there are other factors which we need to consider if we’re to make our meetings as successful as possible.

There have been so many examples of video calls on our nightly news broadcasts, from politicians to members of the public. In many cases we get a less than flattering window into their home lives, which, had they thought about it beforehand, they would have taken steps to avoid.

For example, setting up in a room shared with other family members which distract and divert attention. Being in a bedroom with an unmade bed in the background, or in front of a sofa with a pile of unwashed laundry waiting to be put away doesn’t send the right message.

All of this is communication and it has the potential to communicate a less than appropriate message for a business environment.

In a way, this is your first impression, and people will be judging your environment just as much as how you look on camera, and their opinion of you will reflect that, regardless of how brilliant you are.

Where we are, and the impression that we give, is also important.

We play many parts in life and this is most clearly displayed by comparing how we behave at home and at work.

The question here is when we work from home, where are we? Are we at home or at work?

We may be attending to work problems and responding to work emails, but we are dressed casually and in our home environment. It is quite possible that when on a video call with work colleagues, the fact that we are surrounded by our home, our family and personal belongings, may well make for a different presentation of ourselves, possibly more relaxed or more confident, by having a sense of security being in a place where we sub-consciously feel safest.

This change in what others expect from us can slow down communication as they adjust to the new version of yourself that you are unintentionally showcasing. If video conferencing is to be the new reality, then there will also need to be significant allowances for people responding to their own location as opposed to the shared ones which have been the norm up until now.

What other messages does our environment send?

When face to face, we can often talk simultaneously, and it is possible for us to process multiple people’s input for a while as the conversation starts to take its own shape.

Video conference doesn’t allow this, as we can’t process it, which means we have to take turns in talking. On the face of it, that might sounds like a good thing, but in reality it puts a serious block on spontaneity and alternative views/debate.

People attempting to interject in a video meeting is massively disruptive, often halting or derailing the whole conversation. Others normally lean in looking confused, scrunching up their face, and add a moment of confusion and tentative speech until someone can regain the flow of chat.

An office environment is set up for high capacity broadband connection and usage and normally has onsite experts for when issues arise. The same cannot be said of every home. Lag and frame stuttering can significantly impact on the ability to talk effectively, as can low resolution images. The participants with the best connection will dominate the meeting as the others will be inhibited by frame lag, together with poor quality audio and video.

There will always be the possibility of miscommunication, which may not be apparent to either person until after the call is completed.

This is understood and accepted at a subconscious level by everyone, as we all understand our position with relation to people we’re talking to, and we share a common, and understood, location or environment.

As these times of lockdown have shown us, with video conferencing being used as never before to get work done, we are all being called upon to adapt and ‘hit the ground running’ with this largely unfamiliar technology.

Whether we like it or not, we’re going to have to keep relying on technology for a while yet, and it’s likely that we’ll hang on to the positive aspects of video conferencing even as things slowly return to normal.

One of the most important things we’ve learned as that we need to be so much more aware of what we are saying, both consciously and sub-consciously.