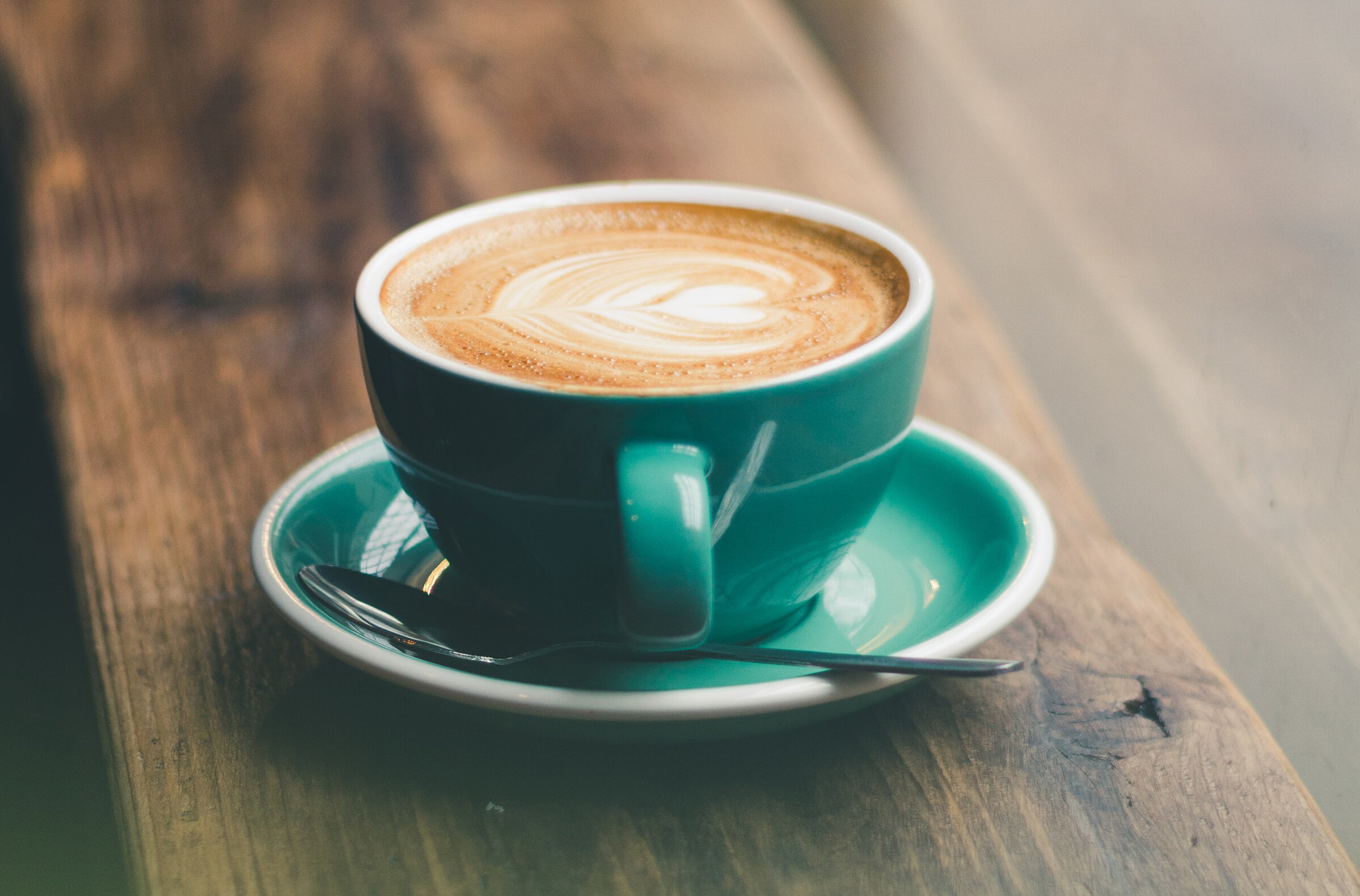 The ongoing saga of Track and Trace continues in the UK…

After much wailing and gnashing of teeth, the Track and Trace app is due to launch on 24th September.  Let’s hope that it is as transformative as the Health Secretary suggests it will be, and it helps create a more accurate – one might almost say forensic – culture about how to manage the spread of the virus.

However, so far, the willingness of both individuals and businesses to engage in such behaviours has been distinctly mixed.

I am increasingly finding I work better out of the house when I need to get something done; the productivity constraints of lock down are starting to affect me again, having been quite good during the spring.  I think we are starting to see the limits of the much-vaulted WFH productivity experiment, but that’s perhaps a topic for another article.

I have been going to a coffee shop in my local village for a few weeks when I need a productivity boost, or if there is something particular to get my head down and complete. I am something of a creature of habit, and my nearest coffee shop is one of a well-known high-street chain. It has been well kitted out for Covid – protective screens at the counter, hand sanitiser near the door, and a one-way system for collecting drinks.  It is also fairly quiet, should you want to eat in. It’s fairly anonymous – it’s not one of those where they ask you for your name – and you are generally left alone to get on with your work.

The other day, I tried a different coffee shop to usual to do some work in; this is a local shop, not part of a chain, and so part of its charm is the particular quality of its food, its smaller size and its place in the community.  It too was kitted out with all the now-familiar Covid accoutrements – hand sanitiser, roped off tables that were too close to others, and staff in masks. The relative impact of Covid is greater due to its size – the smaller footprint of the premises means a greater proportion of covers were out of action compared to the larger chain. But it had the advantage of a couple of outside tables that were doing fair good business, and the porridge was excellent!

However, the main difference between the two was what happened as soon as I asked to sit down.  I was immediately asked, very nicely, to complete the Track and Trace book.  “Yes, of course”, I replied, slightly surprised as no-one had asked me that for a while, and I put my name and number down and continued with my day.  A couple of other breakfast-diners had already signed the book, and it was in a prominent position by the front door. In the several weeks I have been going to the larger chain coffee shop, I have not once been asked to provide Track and Trace details.  Nor at the pub (although we were first time around). To the extent that I had mentally assumed that the scheme had really ended, because it was unenforceable and no-one was using the data anyway.

It turns out that, in the larger coffee shop, there were signs up, by the door, next to several other posters, saying that customers who are eating in should go onto an app to register their details for Track and Trace. No-one in store had challenged anyone, there’s no sense of obligation to do so, either on behalf of the staff or of the customers, and so, I’d wager, a small proportion of customers actually enter their details. Having now investigated further, other major coffee chains have similar set-ups, although for some it’s even more discreet, with small stickers on tables in store directing you towards an app.

There’s a further issue, in that the privacy notice and how we will use your data is at best unclear, and at worst actually illegal, about whether the information given will be used for marketing purposes, explicitly contrary to the law. So even those that get as far as filling in their details may well not actually submit when they read the privacy policy.

This is a problem, for three reasons. Firstly, it means that the now-cliched idea that Covid has done more to digitally transform businesses than anything else in the last decade is a lie. Yes, we can create digital applications, and can innovate using omnichannel platforms and technology, but without the correct processes and upskilled people, these will fail. To be fair, this has always been the case; too often in the last decade, companies have conflated digital transformation with buying some technology, and then hoped that the processes and people skills get absorbed by some sort of technological osmosis. What we are starting to see now is that those who thought that Covid would create this osmotic environment have been just as wrong as many others who have gone through such transformations. And if we can’t make these issues stick with the most pressing issue that we currently face, then other innovations have little chance.

The issues for digital transformation…

The issue seems to be that the larger organisations – the big coffee chains and restaurants – have effectively outsourced Track and Trace to their digital and technology teams. This ticks a regulatory box – we are doing what the Government has asked of us, and can provide any data to the authorities in a simple format, and we only had 10 days’ notice to put the whole system together. No doubt this is done with the best of intentions, not least from a staff welfare point of view, who have enough to be worried about, but without engaging and encouraging staff, and indeed customers, to get involved, the programme will fail.

At the other extreme, we have the challenges facing the small coffee shops. They don’t have the resources to build data consent platforms, but are also much more connected into their specific local community; it is their point of difference to their competition. Once again, they are following government guidance – the personal data must be stored securely (it’s locked away every night) and is thrown away after 21 days.

Because they can provide a more personal service, they have the people and process part of the equation much better organised. Their staff are engaged and trained on what they need to do, and their customers are also incentivised, because they want to be part of the community, and to decline the request would be an overt statement of non-compliance. As a result, their data entry compliance will be much higher – I would expect 80% or higher. But neither is this system perfect. Whilst the data is physically locked away each evening, during the day, the book with all the names in is wide open. Any customer coming in at the end of the day will be able to see all the personal data for the majority of customers for that day. A quick photo while the café assistant is looking away is all it would take to steal those details. I haven’t heard of any examples of this happening, I hasten to add, but it demonstrates the inherent insecurity of the system – it wouldn’t stand up to ISO levels of compliance!

And the opportunities to learn for transformation programmes…

In truth, the Track and Trace scenario is an impossible one. Because, unlike most digital transformation programmes, there’s no real incentive for businesses to invest in the full gamut of process, people and technology. Businesses aren’t making any money out of the system, which is the primary benefit to encourage behaviour, other than helping customers and staff stay safe.  They could offer customers a discount for signing up, but given they explicitly then can’t use the data other than for Covid, and they are still in the recovery phase after the initial lock down, that’s a very tough call to make.  They are having to comply with hastily-created Government guidelines in a rapidly changing environment, over which, let’s be honest, the Government doesn’t have any control either. In essence, we are all using best efforts to do what we can to help fight the virus, but the idea that anyone can exert any control over it is a myth.  A myth that it is necessary for us to believe in, because we are human and like to think we are in control, but a myth nonetheless.

That said, data is the key way of understanding behaviour and what can be done to improve it, and a fully operational Track and Trace system would provide such data.

But how restaurants have responded to the Track and Trace requirements – at pace and under pressure – has demonstrated something valuable for all those planning to transform their business; if the big and small coffee chains could learn from each other – the large ones could learn about how to make the process and people more engaged, and the small ones could learn about digital security, then we have the opportunity to deliver more successful digital transformations when we come out of the Covid crisis.